Chronic tendon disorders can now be treated using shock wave therapy. Both pressurized air or electromagnetic pulses are used to give shock waves to the body in order to cure a number of chronic conditions.
Extracorporeal Shockwave Therapy (SWT) is a method used to treat a wide range of musculoskeletal diseases, notably chronic illnesses affecting medium to large tendons and associated bone insertions, such as:

How Does Shock Wave Therapy Work? 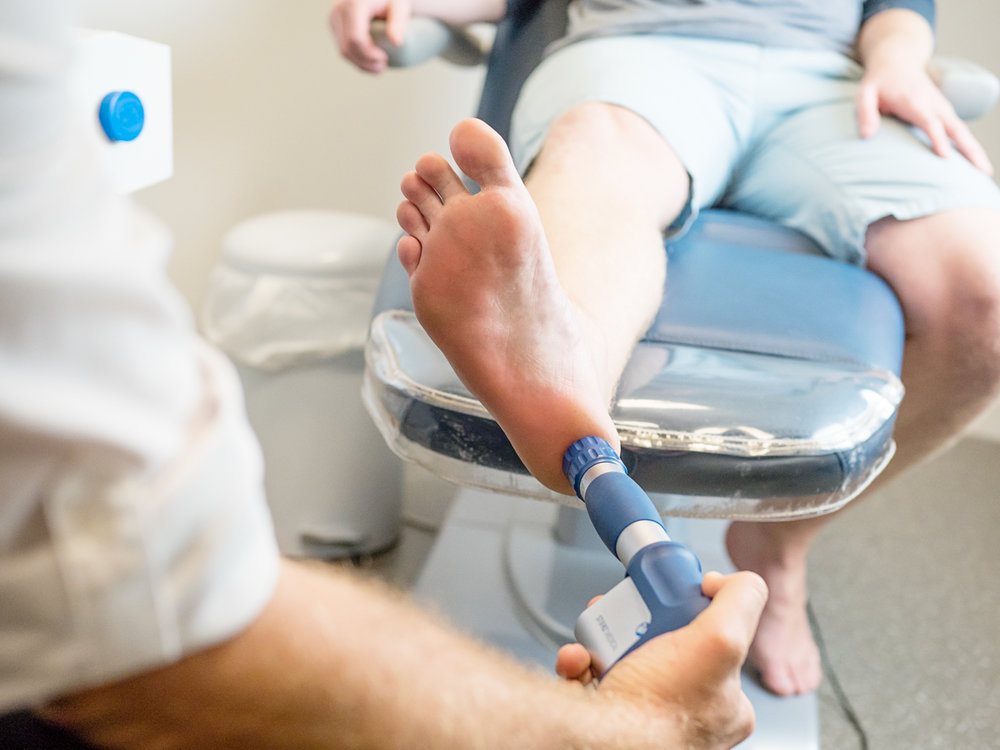 The healing reaction results in the development of blood vessels and an increase in nutrition supply to the afflicted region. Microtrauma is believed to trigger a healing process and alleviate pain feelings.
Shock wave therapy has been available in the United States since the mid-1990s, but it has only recently gained popularity.
Shock Wave Therapy is a treatment that encourages the body’s inherent ability to repair itself. At Pain Therapy Care Brooklyn NYC, Dr. Henry Sardar is using the latest and most advanced drug free methods and technologies. Shock wave treatment near you in Brooklyn NYC has gained a reputation among Dr. Sardar’s patients who want to avoid steroid injections or surgery.
His patients have reported a significant reduction in their pain levels and an improvement in their overall mobility.

Our high-energy shockwave technique lets us direct the shockwave directly into the damaged tissue, which has a number of effects:

Local nerve terminals are overloaded with so many impulses that their activity decreases, resulting in a temporary reduction of discomfort. Gate-control mechanism – in which localized nerves are activated to recalibrate pain perception, resulting in longer-lasting pain relief.

This form of shockwave is more correctly referred to as a pressure wave and is distinguished from “True” shock wave technology in the following ways:

Many people may believe they have undergone “True” shockwave therapy due to the inexpensive cost of low-intensity shockwave equipment.
This perception is frequently fostered by uneducated patients and practitioners. High-energy shockwave therapy can be more successful than low-energy shockwave therapy.
On average, the efficacy of Shock Wave Therapy is between 60 and 80 percent. Important considerations in getting the best results include adherence to treatment and rehabilitation guidelines.

Multiple researchers have documented effective outcomes utilizing shock waves to treat various disorders since 1996. In 2000, the Food and Drug Administration (FDA) of the United States approved the use of shock waves to treat plantar fasciitis.
Since then, many variants of this technology have been created to treat this and other musculoskeletal disorders.

Extracorporeal shock wave treatment (ESWT) uses pneumatic (pressurized air) technology to create microtrauma, whereas focused shock wave therapy (FSWT) often employs electromagnetic pulses to achieve the same result.
There are several reports on the efficacy of therapy for these various illnesses. Some studies indicate that the therapy is effective, notably for calcific tendinitis and plantar fasciitis.

Shock wave treatment is a noninvasive technique that uses pressure waves to treat a variety of musculoskeletal disorders. Acoustic waves with high energy (shock waves) exert mechanical stress on the tissues of the body.

Shock wave treatment may be used to treat Achilles tendonitis, plantar fasciitis, and tennis elbow (lateral epicondylitis just to name a few).
Infrequent complications are associated with shock wave treatment. This treatment should not be performed on individuals with impaired sensibility (neuropathy) or hypersensitivity in the target location. Additionally, some believe, open wounds are a cause to avoid shock wave treatment.
Patients with certain cardiac problems may not get shock wave treatment. It is contraindicated during pregnancy. Before undergoing the procedure, you should consult with your pain management specialist about any potential risks. 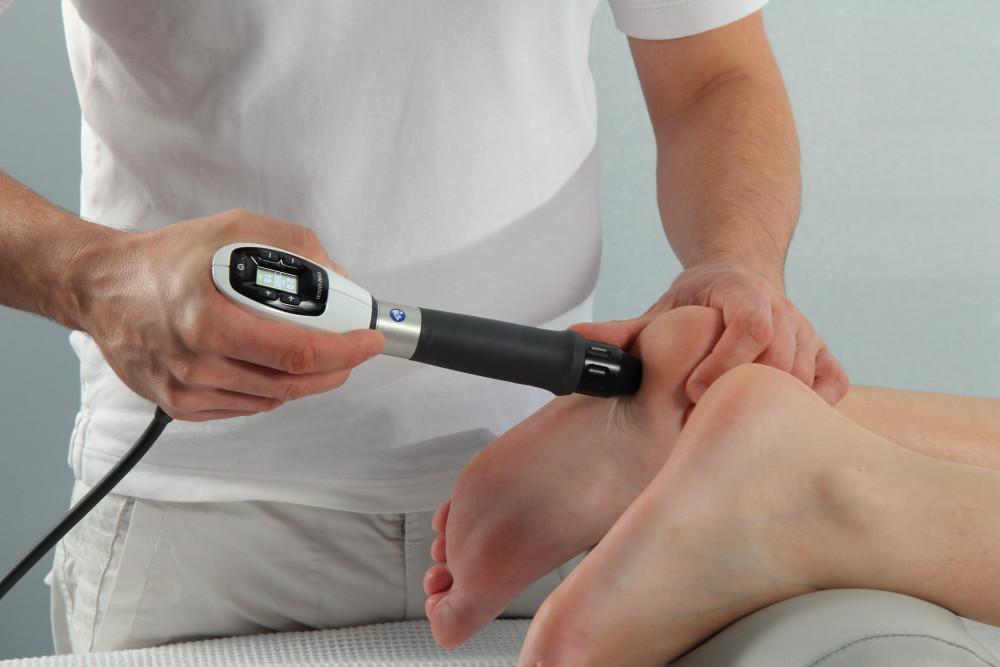 On the skin, a noninvasive probe is placed. A concentrated energy wave is generated by an electrical charge directed toward the region of interest. The shock waves may promote healing by exerting a push on the tissues.
It is understood, shock waves stimulate inflammation and increase blood flow, so encouraging the body to rebuild and heal itself.

Shock wave treatment is performed on an outpatient basis in our pain management clinic at Pain Therapy Care Brooklyn, NYC. A probe is inserted into the skin after the shock-wave conducting gel has been applied. Use either high- or low-energy waves. Mild pain may be caused by high-energy waves.
Therapy is more effective when the patient actively participates by communicating to the technician whether or not the probe is in the region of discomfort. Several therapy sessions may be necessary.
Recovery after therapy, patients often carry their own weight. Patients are recommended to limit their physical activities for one to two weeks following therapy. Shock wave treatment may be effective for certain tendon disorders and chronic degenerative illnesses. Achilles tendinitis and plantar fasciitis are examples.
Complications include pain and hypersensitivity at the treatment site. Typically, these issues resolve with time. When shock wave treatment is unsatisfactory, pain and incapacity may continue.